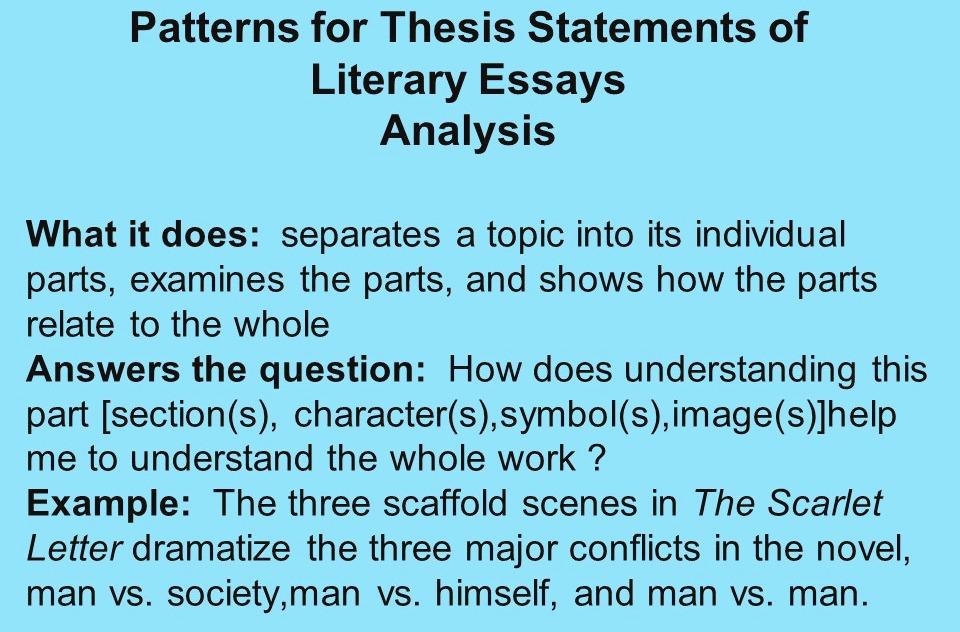 When analyzing literature, students learn to read between the lines and note how various writing elements the author used serve a particular purpose. A successful essay identifies the author’s literary choices and discusses their implications.

An alternative way of writing a literary analysis is by analyzing the piece from your own point of view. Such a literary analysis should contain a thesis statement with your argument. Instead of simply explaining the author’s intentions, analyze the literary piece from your perspective by describing the use of the techniques identified below. Many students ask  ‘What is the purpose of a literary analysis essay?’ In a nutshell, it is to provide a thorough and original explanation of the assigned text. Whichever position you decide to take, be sure to support it with textual evidence.

If you want to know how to analyze literature professionally, you will have to learn to identify hidden implications of the author’s message as well as decipher any symbols, images, etc. Besides, it is crucial to be familiar with basic literary terms. Literary analysis vocabulary will make your essay sound professional. For starters, use the literary analysis words from the list below:

Allegory – writers often use allegory to depict some human trait, such as vanity, courage, or greed by the means of accentuating this trait in one of the characters. This literary device is common because it helps communicate some life lesson that people globally should pay attention. In modern literary works, allegory might be parallel to the central theme of a story. Before you learn how to analyze a book or how to analyze a novel on your own, try note how the following authors use allegory to highlight the respective ideas:

Another thing you have to pay attention to while learning how to analyze a passage, a short story, poem, or book is character. In general, a character is someone or something that performs important functions in a literary work. In your textual analysis literature, you can describe and analyze the following types of characters;

How to analyze a story in an essay?

Try to identify any patterns of behavior and connections between different characters. Answer the questions: which function does this character perform? What is his/her history? What does the author tell the reader? What is left unsaid? How do the characters describe themselves and others?

You should also be able to identify and interpret connotations (implications) of the words. Connotation is opposed to denotation – the meaning of the word found in a dictionary.

However, note that they can change as the plot unfolds. Just a few examples:

Diction is yet another technique you can describe in your essay. The term refers to the author’s word choice, which determines and/or accentuates the central theme of a literary piece. This is typically found in poems, for example, the use of specific sounds, rhythm, peculiar letters, etc. helps poets convey their emotions and intentions more accurately.

If there is a narrator in the story, he/she might not be taking part in the events.

If there is a first-person narrative, the narrator might be a participant but his knowledge of the story exposition is limited.

Sometimes writers apply second-person narration in order to involve the reader. For example, ‘Once you walk into the kitchen and see blood everywhere, what do you do?’

Finally, the story might have a third-person narration, when the narrator is not identified. This is typical for stories where the author wants to remain objective and impartial.

Another aspect to focus on is figurative language – the use of words beyond their direct meaning. Figures of speech include:

If you measure the rhythmic structure of a poem, you are analyzing its meter. When analyzing elements of literature, pay attention to tone – the attitude towards the topic. It can be pessimistic, critical, hopeful, etc.

The aforementioned elements help create the appropriate tone and produce a desired effect on a reader.