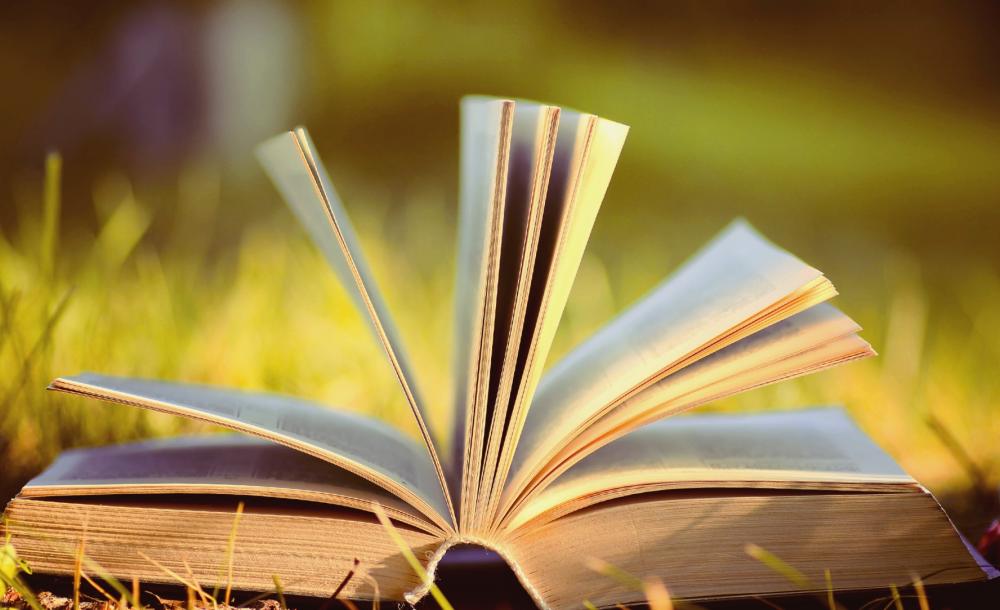 There are many different art forms that allow people expressing themselves using sounds, images, words, and other artistic means. Poetry is one of such means that use words for creating visual images and impacting the reader’s imagination and emotional sphere. Due to the fact that all people are different, one can hardly find two authors that render similar emotions and produce a similar impact on the reader using equal poetic means. A comparison and contrast of poems written by different writers enhances the understanding of authors’ individuality that made each poetic piece a unique masterpiece. The analysis of poems Myths of the Disappearance by Monica Ferrell, Childhood Stories by Mathew Rohrer and I Was Buried in Janzoor by Khaled Mattawa approves this argument. The comparison and contrast of these three pieces of poetry demonstrate that although authors tend to use a limited number of poetic tools such as visual images, the increase of their variety significantly enhances the realistic effect of the poem.

Poetic imagery is one of the most powerful elements of poetry that is present in the vast majority of written works disregarding their style and discussed themes. In order to create a poetic image, an author may utilize diverse stylistic means that transform a set of concrete words into a realistically perceived abstraction. This abstraction can exist in the real world or be a fiction, but in the case of efficient rendering a reader perceives it as a real phenomenon. Poetic imagery is “images produced in the mind by language, whose words may refer either to experiences which could produce physical perceptions, were the reader actually to have those experiences or to the sense impressions themselves” (qtd. in Llorens 2). The number of types of means that allow creating imagery is limited by natural factors arising from the limit of senses and feelings of a human. Typically, they are classified into seven categories including visual, auditory, tactile, olfactory, gustatory, as well as organic and kinesthetic images (Llorens 3). The analysis of works by Monica Ferrell, Mathew Rohrer, and Khaled Mattawa demonstrate that although all of these poets use poetic imagery it is created by different means and serves different purposes. Therefore, although poets seem to have limited language means the manner they use them provide almost infinite capabilities of expression.

Myths of the Disappearance

Myths of the Disappearance by Monica Ferrell is a piece of poetry that utilizes different stylistic language means for rendering the image of emptiness. The first line immediately communicates this image to the reader discussing a balloon as a symbol of emptiness: “I rise like a red balloon, untethered and vacant” (Ferrell).

On the one hand, the image of a balloon is self-sufficient as a perfect object for demonstrating emptiness inside. However, the author intensifies it with the concept of lightness associated with the balloon as an “untethered” object that is lighter than air and is able to levitate. At the same time, the poem presents the disappearance not as a consequence of some process but as a critical point that the reader experiences at the time of reading. In order to render it, Ferrell combines the image of kinesthetic emptiness with sadness or melancholy stating,

The essence of my dolor has become rarefied,

The whole process of disappearance is presented as “accidental” and could be compared with an effect of the poison on a thorn that made the protagonist of the poem “faint” (Ferrell). In these lines, the image of the emptiness of an object transfers to the sphere of human senses that do not exist in case an individual faints. Furthermore, the use of human senses is intensified by presenting an imaginary situation with a bad fairy, a nurse who impacted the condition of emptiness perceived in the writing. In order to create a deeper effect, the author shifts the first line of the next stanza that gives a specific emphasis to the written words,

One blister, one drop of mercury in the moult of me

And everything was ruined after.

Still it is. (Ferrell)

Consequently, the writer presents the image of emptiness or disappearing as a phenomenon that the protagonist still experiences continuously. The movement away from the world and disassociation with it is still in progress, which the author demonstrates in the words,

…I have left half my life

In caves hollowed out in rock by the seashore:

I prayed in each one, and could not find my way back. (Ferrell).

More than that, the author’s image states that this process has no return as the protagonist withstands unlimited natural power compared to the rolling surf. The hero overcomes critical point at the end of the poem, after which the image of emptiness embraces everything when the reader voices the last word: “In a mirror I shot all my hateful selves, the yesterdays” (Ferrell).

Thus, the difficulty of imagery element use in Myths of the Disappearance is that the author uses visual images and other poetic tools for rendering emptiness. As a result, she chooses mostly visual imagery as the means that perfectly suits the idea of the poem. The visual picture created by Ferrell’s choice of words establishes an effect of emptiness, sorrow, and loneliness. Moreover, the final lines of the poem produce an impact of fatality as if the protagonist loses his or her life.

Childhood Stories by Mathew Rohrer is a peculiar example of the use of poetic imagery in order to discuss the world of children’s imagination. The key idea of this piece is that in the world of children anything may happen if a person has a good imagination. In order to recreate this concept, the author uses mostly visual images, but the initial one is kinesthetic as the protagonist discusses the effect of gravity. Thus, he or she claims that

They learned to turn off the gravity in an auditorium

and we all rose into the air. (Rohrer)

Thus, on the one hand, the author presents visual image of people levitating, but it is supplied with the sense of lack of gravity that lets people freely drift in the air. The use of visual images is critical in this poem because the discussed phenomena appear to be rather criticized and often reader does not believe the course of events. For example, author states that it is possible to imagine and tell a story about a dog that drives a truck but

…if no one believes you

then what is the point

of telling them wonderful things? (Rohrer)

Similarly, Rohrer associates the events in the auditorium with mostly visually depicted miracles such as “pow-wows” and prestidigitation demonstrated inside. Other elements presented in the poem are mostly visual, such as a toy tomahawk that the author was allowed to buy. However, the final lines also render a kinesthetic image as the author is going “to hit my sister with it” (Rohrer). Therefore, a combination of auditory and kinesthetic images allows the author presenting the world from a child’s perspective and produces a joyful effect. At the same time, in Childhood Stories, the created effect of happiness combines with regret. The fact that the protagonist argues that no one is going to believe the discussed images disregarding their outstanding nature enhances this feeling. As this regret is voiced as if from a child’s perspective, it intensifies the effect of drama and stimulates compassion of a reader to the protagonist.

I Was Buried in Janzoor

I Was Buried in Janzoor by Khaled Mattawa combines diverse images for rendering the procedure of burying the protagonist somewhere in Egypt or the Middle East. For making this event realistic the author mostly uses visual and kinesthetic images; however, he supplies them with such as auditory, tactile, and olfactory. Visual images typically discuss the procedures of work with the body and the events that are associated with death and burying in some Middle Eastern country. For example,

up to monitors, point to screens and show

flashes of my pulse. (Mattawa)

However, auditory and other images drastically enhance the experiences discussed by the author so that a reader may have a feeling as if he or she witnesses the rendered events. One of them is an author’s reflection that transfers as if he directs his words to the reader:,“I say, listen …I’d like to say that…” (Mattawa).

However, the most powerful auditory images are the ones that render the events associated with the procedures of burying the protagonist and giving his traditional honors. The example of such images is,

for me without kneeling, arms lifted to the sky,

… my wives mourned my death for years…(Mattawa)

Similarly, the absence of act of voicing under specific conditions can also be rendered as the use of an auditory image,

when my name is mentioned in the village

curses the day of my birth. (Mattawa).

Overall, the auditory component of this poem is associated with spirituality and traditions that demonstrate the specific facilities of a Middle Eastern culture. At the same time, the role of kinesthetic and tactile images is also strong in the piece. For instance,

They draw blood from my arms…

who washed my body placing a rag on my waist,

he heaped the world over me, pressing dirt

These tactile and kinesthetic components of the image bring the understanding of the feelings experienced by a person at the time when people perform the procedures of burying around him or her.

Last, it is worth to mention the role of olfactory images as they add the details that increase the realism of the depicted events overall. For instance, the author mentions different objects and locations that can have a specific smell, such as “a plain cedar coffin, unvarnished, used, the shroud made of Egyptian gauze”, “the village teahouse”, “rice and pearls”, “my mother’s coffee” (Mattawa). Consequently, the poem by Mattawa demonstrates that the increase in the number of means of creating poetic imagery significantly enhances the realism of the perceived atmosphere in the writing. Also, although the poem creates a feeling of sorrow, it is associated with pride for the buried individual.

The analysis of poems by Monica Ferrell, Mathew Rohrer, and Khaled Mattawa demonstrates that poetic imagery is a powerful tool that allows rendering different emotions and feelings. The majority of authors tend to use visual imagery as a stylistic means understandable to the majority of readers. The most typical example of it is a visual comparison of the objects and phenomena. Thus, the use of visual imagery allows Ferrell creating tragic feelings of loneliness, emptiness, and sorrow. In its turn, the work by Rohrer is an example of a skillful combination of childish joy and sadness. Furthermore, the main feature of the poem by Khaled Mattawa is a diversity of poetic images that let the reader experience a blend of regret and pride. Also, the benefit of Mattawa’s writing is that he uses not only visual and kinesthetic but auditory, tactile, and olfactory images that allow recreating the depicted setting and events in the most realistic way. Therefore, poets’ individuality led toward the production of different feelings disregarding the use of a similar poetic tool, which is poetic imagery.