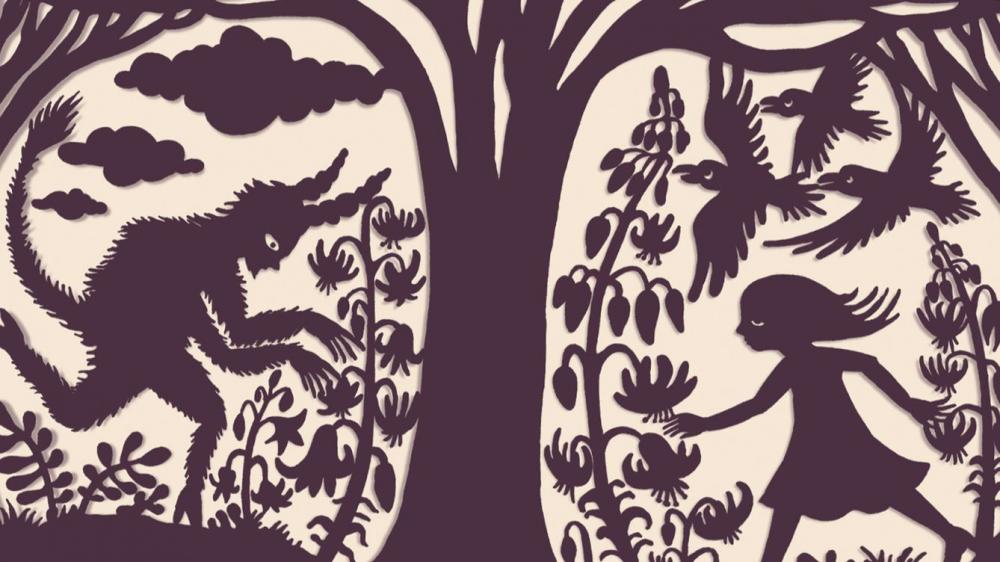 Most people view fairy tales as a form of entertainment; however, these stories have a more important purpose. Through the use of imagery, fairy tales address the children’s subconscious to give them a better understanding of the world around them. Fairy tales such as “The Devil with the Three Golden Hairs” teach children to discover their identities, fearlessly fulfill their destiny, and cope with their transition from puberty to adulthood with the use of symbolism.

In The Uses of Enchantment: The Meaning and Importance of Fairy Tales, Bettelheim argues that fairy tales have a positive effect on children as they help them to cope with unconscious anxieties and difficulties with their development in a safe and peaceful manner (Teverson 119). In fact, the use of symbolic language in fairy tales matches the way children think and experience the world (Bettelheim 45). In other words, fairy tales can serve as therapists and guides that help children to handle changes and challenges they face as they grow up.

Moreover, fairy tales like “The Devil with the Three Golden Hairs” teach children to discover their identities and achieve their goals. According to Bettelheim, fairy tales encourage people to engage in dangerous struggles that are extremely important for the achievement of their true identities (Bettelheim 24). In “The Devil with the Three Golden Hairs,” the main character is destined for greatness – marrying a king’s daughter – from the beginning. Despite being exchanged for gold and sentenced to death by the king, the main character survives and grows up. With the help of the robbers, who replace the king’s letter with a new one without his knowledge, the boy fulfills his destiny, however, has to prove his worth as an individual through bringing the devil’s three golden hairs. The main character is rewarded for taking a dangerous journey – he not only gets the demon’s hairs but receives gold for helping the strangers with their problems and saves his marriage to the princess. Thus, the Grimm’s tale encourages children to be brave and achieve their goals in order to fulfill their dreams even though it may require some risky behavior.

Like many other fairy tales, “The Devil with the Three Golden Hairs” focuses on the transition from puberty to adulthood and explains it with the use of symbolism. Of course, becoming an adult is not easy for the main character and consists of the number of challenges he has to face. Throughout the story, the king represents the real world with its greed, wickedness, and an endless desire to rule. Since the day the boy is born, the king tries to kill the main character in order to prevent him from fulfilling his destiny and becoming successful. At the same time, similarly to Oedipus’ father, the king is afraid that the main character will replace him after his death as his daughter’s husband. According to Bettelheim, in such a way, fairy tales help children to cope with parental jealousy, assuring them that they will survive successfully no matter what will happen (195). In addition, it can be argued that the king has an oedipal attachment to his daughter as he tries to deprive her of a life with a man, with whom she is destined to be. The letter the king gives to the boy and orders him to deliver it to the queen becomes the first turning point in his transition from puberty to adulthood. As a young adult, who has been given such a responsible task for the first time in his life, the boy gets lost in the forest that symbolizes adulthood. The old woman and robbers symbolize parental figures for the boy, taking care of him and helping him to fulfill his fortune. Marrying the princess represents the boy’s growing up into a man; however, he still needs the approval of his masculinity from the king. By sending the boy to get the devil’s three golden hairs, the king tries to show that the main character is not mature enough to perform the role of a husband. In fact, hair is often associated with maturity. When the boy enters the devil’s cave, he gets protected by a parental figure – the demon’s mother. The devil symbolizes the child’s fears associated with becoming an adult. According to Geza Roheim, the scene of bringing the devil’s hairs by his mother is “a combination of body-destruction fantasies … and castration, anxiety” (38). Moreover, the transformation of the hero into an ant and hiding him by the devil’s mother symbolize the embryo in the womb (Roheim 38). With the golden hairs and answers to the questions, the young man receives gifts from the people he has helped and gets approval from the king. To make the happy mature life begin, the hero has to take control of evil and destructive aspects of the king’s personality (Bettelheim 214). The king is punished for his sins by becoming a ferryman.

Thus, “The Devil with the Three Golden Hairs” encourages children to discover their identities and achieve their goals without fear. Moreover, similarly to other fairy tales, this Brother Grimm’s story describes children’s transition from puberty to adulthood with the use of symbolism. As a fairy tale, “The Devil with the Three Golden Hairs” gives young adults an understanding of the inner conflicts they might experience as they grow up. Even though the child’s development may involve oedipal conflicts, growing up is necessary for one’s self-realization and personal happiness.