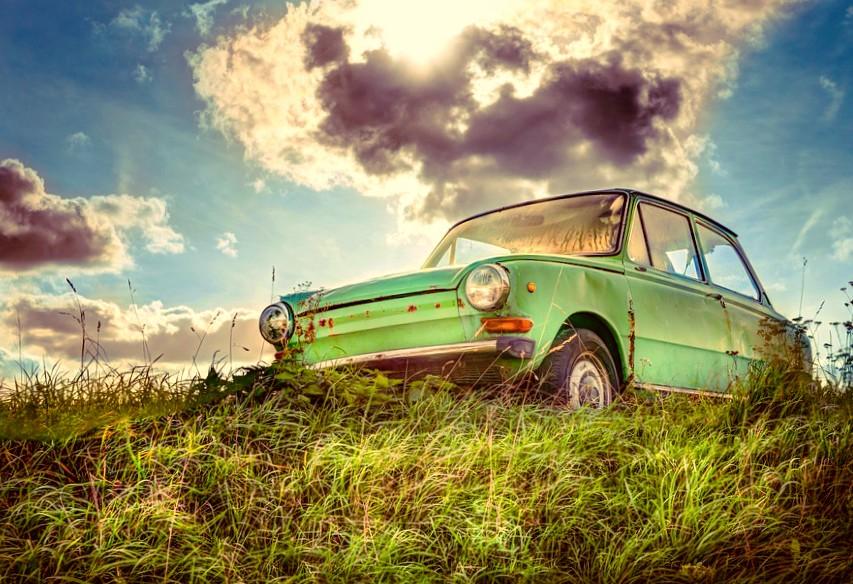 Readers today tend to believe that short stories with happy endings are more interesting than those with tragic endings. However, stories with happy endings usually contain standard patterns, plots, and ideas which often deprive them of depth and originality. Many contemporary writers prefer to depict violence in short stories in order to keep readers in suspense and attract their attention to some important details. The sad ending of “A Good Man Is Hard to Find” allows the author to return characters to reality and prepare them for the moment of grace.

Flannery O’Connor successfully combines the landscape of the Old South, dynamic as well as grotesque plot, and violent ending that makes readers think that the story has deep meaning. The ending of “A Good Man Is Hard to Find” is related to its beginning. In the first paragraph, the old lady reads a newspaper article about the Misfit’s escape and utters prophetic words, “I wouldn’t take my children in any direction with a criminal like that aloose in it. I couldn’t answer to my conscience if I did” (O’Connor, A Good Man 137). She feels that something bad will happen during a trip to Florida and persuades her son to change the route, which leads to the fatal accident. In other words, the meeting of the grandmother and her family members with the Misfit is predestined.

Some readers and critics argue that such violent ending is unnecessary. Their attention is focused on the dead bodies and blood murder, but the author’s hidden message is completely ignored. In Mystery and Manners, O’Connor concludes that every story contains a far-reaching action or gesture of a character which completely differs from any other in the story (Mystery and Manners 37). According to her, this is the most important element of the story. In my opinion, the Misfit is really impressed by the grandmother’s gesture of grace, and his extraordinary reaction at the end of the story confirms it. This gesture puzzles readers because it is sudden and totally uncharacteristic of the grandmother. The author remarks that the gesture has “to be one that was both in character and beyond character” (O’Connor, A Good Man 37). The grandmother is a conservative and narrow-minded lady who manipulates her family and has never performed a brave deed. Nevertheless, this gesture of grace happens at the very end of the story, and readers do not get answers to many questions. For instance, it is unclear what the Misfit is going to do next and whether the old lady’s arguments have changed the criminal’s vision and world outlook. Although it is difficult to predict consequences of the gesture of grace, O’Connor achieves her aim – now readers see the old lady and whole story in a new light. Christian values and goodness can be found even in cruel and malicious hearts.

Some critics may challenge the view that so much violence is necessary to make the old lady perform the gesture of grace. However, Peter Jansen agrees with O’Connor and claims that violence reflects the treatment of women in this story. For example, grandson John Wesley does not show any respect to his grandmother. According to him, behavior and appearance of female characters conform to traditions of the patriarchal South. The daughter-in-law is a typical mother and housewife. The old woman is also dressed like a lady. Moreover, the female characters, except for granddaughter June Star, are not even called by names. Jansen remarks that “the privilege of naming is reserved for the men of the story.” In other words, the grandmother can be guided to her moment of grace and salvation only with the help of the masculine character, the violent criminal.

Maria Campos and Angela Franco also agree with the author’s interpretation of the tragic ending, but they claim that the root of violence in the story is even deeper. It goes far beyond the borders of physical danger and includes the social environment of characters, disrespect, marginality, pain, and horror. They state that O’Connor “believes that violence is not an end in itself, but an extreme situation, which reveals the nature of man” (Campos and Franco 218). In the moment of danger, the grandmother pulls herself together and bravely acts.

From my own point of view, each writer may use any literary devices in order to deliver his or her message to readers. O’Connor thinks that violence makes a profound impact on the grandmother and returns her to reality. When she is going to start a religious dispute with the Misfit, she realizes that there is no escape. O’Connor gives a relevant description of the tragic atmosphere, “There was not a cloud in the sky nor any sun. There was nothing around her but woods” (A Good Man 151). Stress clears grandmother’s thoughts, and she is prepared to accept and perform the gesture of grace; however, the price of such return to reality is extremely high.

To my mind, the ending of the story should be perceived through the prism of the author’s Roman Catholic worldview as Flannery O’Connor tends towards mysticism and Cristian realism in her work. The grandmother’s gesture of grace is a special gift from God. On the threshold of death, she is suddenly overwhelmed with love and appreciation. As a result, she sees the Misfit not as a cruel, merciless criminal who murdered her son and grandchildren, but as a person who suffers much and is worthy of being loved. He is a lost soul that should be steered onto the right path, and I think that the grandmother is a person who can do it.

Jesus teaches people to love everyone, even their enemies. Unfortunately, the grandmother has never experienced such feeling before because her narrow-mindedness prevents her from loving others with all her heart. Her transformation is sudden, and I believe that it is impossible without God’s help. The bloody murder of her relatives is the price which the old lady should pay to return to reality and experience her moment of grace.

This moment is the main scene of the short story. In the end, the grandmother is killed by the Misfit, but his reaction to her last words and actions when he “sprang back as if a snake had bitten him” (O’Connor, A Good Man 152) proves that she succeeds in sowing seeds of love and mercy in his soul and changes him. I think that the grandmother manages to save her soul and find salvation. It is the bravest deed of her life, and she dies without fear and a sense of guilt in her heart, “her face smiling up at the cloudless sky” (O’Connor, A Good Man 153). It is a worthy end of her life.

At this point, I would like to analyze the influence of the moment of grace upon the Misfit. He concludes that the grandmother would have been a good woman if “it had been somebody there to shoot her every minute of her life” (O’Connor, A Good Man 153). Although the grandmother is insincere at first, she changes her behavior and feels real pity for the criminal. The Misfit’s distrustful reaction proves that he does not believe people but realizes that the grandmother only wants to help him.

In the last line, the criminal concludes, “It’s no real pleasure in life” (O’Connor, A Good Man 153). This phrase is remarkable because it contradicts everything he has done and said before. In the beginning, the Misfit claims that meanness is the only pleasure in his life. However, the grandmother’s murder does not bring him satisfaction. He looks troubled and perplexed, although other crimes have never worried him before. In my opinion, this is the first sign of significant change. Grandmother’s grace has started working. This feeling is unfamiliar to the criminal and scares him. Consequently, Flannery O’Connor believes that the grandmother’s sacrifice is not in vain, and the ending of the story is hopeful.

Some readers and critics disagree with the author’s interpretation of the ending. In other words, an alternative version of the ending can be offered, according to which the grandmother is not driving power of the story and incapable of performing the gesture of grace. On the contrary, it is the Misfit who experiences the moment of grace at the end of the story; for instance, he may show mercy, save the old woman’s life, and even protect her grandchildren. However, as the plot is based upon Christian realism, such miracle cannot happen. This is not a story with a typical happy ending, miraculous escape, or unexpected remorse of the criminal. Such ending contradicts O’Connor’s grotesque and realistic style of writing.

To conclude, without the moment of grace, the story would lose its unique meaning and originality. The author’s hidden message about the violent but hopeful ending would also be completely lost. Indeed, some readers and critics can hardly detect hope in Flannery O’Connor’s version of the ending, but without it, this is just a story about a brutal, cynical murder without any moral or life lessons. Although I disagree with such pessimistic interpretation, it has a right to exist.

O’Connor, Flannery. A Good Man Is Hard to Find and Other Stories. Penguin Books, 2009.